Han was not Solo

Friendship makes the world go round.

I served at the Abbotsford Food Bank as their Community Development Fella for a few years. It took me a little bit to get over the stigma that went with my name tag. I was the guy who wanted your money and time and also, I wanted your money. I felt like a mafia member walking into the bakery to collect my 'tax'. "No pressure on giving a donation, but I would hate it if anything 'bad' would happen to you and your nice shop here". Not menacing at all. (Note: I never threatened anyone).

To be honest, I did not love my role at first because I was not sure how to get over my sense of 'douchey-ness'. 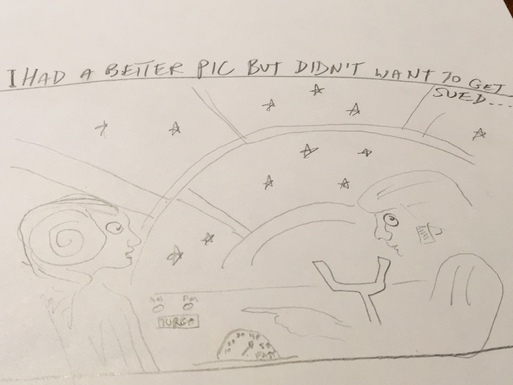 This scene comes just after Han Solo, Chewy, Obe Wan & Luke rescue Princess Leia from imprisonment by Darth Vader on the Death Star. Han was promised $17,000 in some unnamed currency to go to drop his passengers (Luke and Obe Wan) on Alderaan. Following their discovery of Alderaan's destruction, Han and his prized Millennium Falcon ended up sucked on board the Death Star via Tractor Beam. But Good News, Leia was there and they were able to rescue her. Bad News, Obe Wan dies. It was an epic series of events that I suppose I didn't need to tell you.

THE POINT: Han says "I'm not in it for your revolution or for you... I expect to be well paid." I think many of us relate with this. We expect compensation or we don't want to do it. When people saw me enter their businesses as a food bank rep and I am certain that they thought of me the same way Leia thought of Mr Solo; "MERCENARY." One business owner who eventually became a friend referred to me as the "non-profit whore" whereas I called him the "Paper Pimp". Show me the money. We all want to get paid.

Han got the job done. Han got paid. The money he needed was to pay off his debt to Jabba the Hut. SHUT UP CLIFF! BACK TO THE POINT: even after Han got paid, he continued to serve the rebellion.Technically, after the New Hope had concluded, we should have never seen Han again. He was just a pilot flying a transporter, but then we see him in the Empire Strikes back risking Hypothermia, death and slicing up his Ton Ton to rescue Luke and then he's back in the Return of the Jedi and the Force Awakens (even I am losing interest). HAN SOLO is deeply connected to the story and championing the cause. WHY? Friendship. He moved from Resource to Relationship.

When Han was fighting with Luke and Obe Wan to rescue Leia he was fighting for his assets. His $$. His ship. His own life. Han was using people to meet his own objectives. (SIDE NOTE: PEOPLE ARE NOT COMMODITIES) After he got paid, though. He was fighting FOR them. His reward was the sense of satisfaction he got from helping them achieve their objectives, which of course, had also become his objectives.

Key Shifting points for me to embrace and love my non-profit role:

2) My job is to serve the needy in my community so I learn to care about THEIR purpose.

3) As I engage with potential donors I discover their values and needs and shift my focus to serve THEM as well, MERGING our goals.

You see, everyone (almost everyone) longs for deeper meaning in their life and work. When you are able to connect their daily efforts to a cause that allows them to feel a deeper satisfaction... pure gold. Everyone wins. The mercenary is a relatable villain; we don't love it when we see him in ourselves, BUT when we can take that same drive to succeed and pair it with the desire to serve, it is a beautiful reconciliation of our purpose as human beings. And since I no longer work at the Food Bank (My Kids, "DAD, YOU DON'T HELP PEOPLE ANYMORE?"), I have learned to apply this to all areas of my life. As a performer/presenter I am constantly having to sell myself; SELF-PROMOTION & MARKETING aka still coming face to face with that douchey-ness. BUT, I am learning that even in entertainment it is possible to connect what my clients need with what I also love to do. I am not 100% selfless by any means, but when I am able to put the needs and objectives of others before my own, I find success and personal fulfilment comes much quicker. My mantra was and continues to be "Move from Resource to Relationship". How can I serve you? 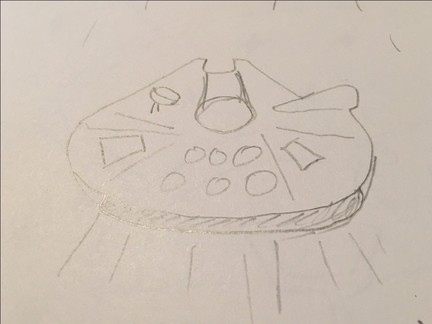