From 7:45am - 3:45pm I emcee'd LeaderCast 2016 at the Highstreet Cinemas and heard a lot about visionary leadership from amazing speakers, teachers and business leaders.

From 7:30pm - 10:00pm I participated and performed in the Fraser Valley Comedy 1 year anniversary show and I saw visionary leadership in action. YO TRIEU, a local coffee rep, has translated his love for comedy into a successful comedy scene and he has dragged me along for ride.

This post is the coupling with what I learned during the day, with what I have seen exemplified through working with YO this past year. 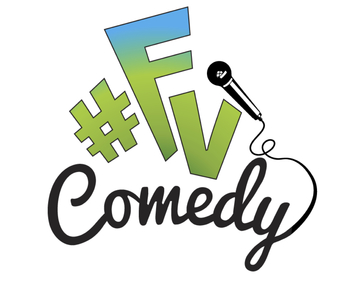 Andy Stanley spoke first thing Friday about the difference between Clarity and Integrity.  While many people value Integrity, they will actually follow Clarity. He used Hitler as the example of someone who divorced integrity from clarity to prove how clarity wins over integrity every time.

YO's mantra is "Creating a Culture of Comedy in Chilliwack one joke at a time". Doesn't get more clear than that AND as a result, he is succeeding.

Since May of 2015 Yo has secured 4 venues, he has built a team of show bookers (himself, myself & Ed Konya), planned over 20 shows, rallied a community of aspiring comics, and awakened a local audience to the idea that comedy is alive and well in the Valley.

1) Rosedale Roadhouse - the first and favourite. Next show is June 10 and the all ladies show will be August 12.

3) Major League 2 which hosts the No Holds Barred Show on May 21st.

4) And his crowning achievement Chances Casino (Even after Yuk Yuks has failed to run a successful night of comedy, our opening night has beaten every event sales record resulting in a 1 year contract with the venue. I may have been headlining that night) Next show July 9.

Kat Cole moved me with the idea that education and experience are no match for passion and faith. Essentially, you can do anything you want if you believe and act accordingly.

Is YO a pro comic? Nope. Does he love to make people laugh and a contagious passion for comedy and community? 100%

Coach Nick Saban reminded me that by taking the time to thank those who are faithfully working and successfully doing their jobs you will maintain high morale and motivate continued production no matter what the circumstances.

YO sits in the front row of every show and laughs louder than anyone. He consistently messages performers and bar owners to share a laugh or an update. The dude does not cease to encourage me and celebrate my victories. I receive "CRUSH IT BRAH" & "YOU'RE GONNA KILL IT BRAH" messages before any gig or audition (Note: Yo is a thug in slacks and a golf shirt). He has infused courage into me and inspires me to work harder.

Dr. Henry Cloud profoundly impacted me as he illustrated how deeply we are affected we are by relational connection. "The Power of the Other" highlights how in all of our successes or in all of our failure we are never alone.

I look forward to gigs, lunches and daily correspondence thanks to a deepening friendship with Yo. Furthermore, my kids love Mr. YO ever since he brought them pop and cookies. They honour him by declaring that every Chinese man is Mr. YO.  Yes, my kids are racist and yes, they now have diabetes.

As the founder of the FVComedy (dare I say) movement, YO TRIEU saw many of his dreams come to fruition on Friday night:

- A killer pro headliner in John Beuhler (the studly bearded one)

- A deepened belief that there is potential to accomplish much more. (Comedy Festival is in the works & Joke School is coming... stay tuned.) 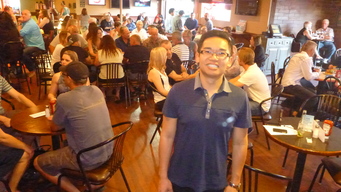 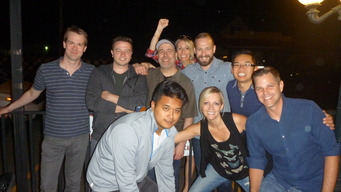